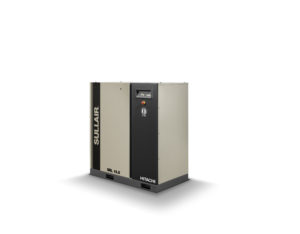 Recently, Hitachi Ltd, a Tokyo-located company, approved its agreement regarding the acquisition of Sullair Air Compressors for $1.245 billion. Sullair is a huge limited liability organization whose reputation has thrived overtime courtesy of its worldwide operations. Sullair’s activities since its founding have been directed towards the manufacturing of stationary, as well as, portable air compressors whose use are industrial and commercial. Additionally, Sullair Air Compressors has experienced growth in the global segment since its establishment in 1965. As such, Sullair’s operations are diverse in a variety of nations including the United Kingdom, Australia, China, as well as, the United States of America.

The Reason behind Hitachi’s Purchase of Sullair Air Compressors.

The international presence of Sullair Air Compressor is the major factor that compelled Hitachi Ltd to acquire the organization. The leaders at Hitachi recognized an impeccable thriving opportunity in acquiring Sullair. Hitachi’s aim was to gain the access to the company’s worldwide network, especially in North America. Moreover, the combination of the two enterprises will offer the customers of Hitachi and Sullair with satisfying products given the companies’ specifications. While Sullair appeals to its enormous customers, Hitachi Ltd will work towards ensuring Sullair’s client base are provided with IoT-compatible items, which leverage the operational technology and internet technology expertise coherently.

According to the Hitachi Ltd Vice President, Masakazu Aoki, the fusion of his organization with Sullair will aid in boosting the competitiveness at Hitachi. Masakazu postulates that Sullair Air Compressors will help Hitachi through sophisticating the air compressor venture, particularly in North America thus accelerating the international concept of the Social Innovative Business. Besides the growth and recognition of Hitachi in other markets, Jack Carlson, the President of Sullair, states that his enterprise will boost its reputation as well through the partnership. Jack postulates that Sullair Air Compressors will take pride in enhancing its impeccable history in the industry.

Clean and efficient air compressors are a viable energy source. Compressed air is largely considered a main utility of major

Every year in the U.S., a combination of leaks, heat loss and poor practices add up to a staggering $3.2 billion in unnecessary air compressor costs. On an individual scale, a 1/4 inch air compressor leak can cost a manufacturer $2,500– $8,000 annually. 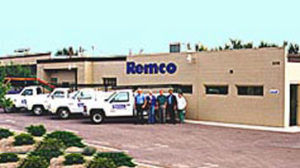 Make sure your air compressor is operating as efficiently as possible. Contact Remco today!

In addition to compressor global replacement parts, we provide compressor sales and service.

AirCompressor.net can help
with all your compressor needs!

Welcome to our new blog! Please check back for industry news.